Now it’s time to get back to the Burstcoin plot conversion process. I only have a few days before the Burst PoC2 format goes into affect. It is stated that miners won’t need to convert to PoC2, but if you don’t, after the 502,000 block your mining read speed will be twice that of the new version because mining software will need to convert it. So upgrade!

There are a few options for converting the file structure:

My Program of Choice for PoC1→PoC2 Conversion

TurboSwizzler is made by the creator of TurboPlotter 9000, which would be my first choice to convert my burst mining plots, BUT it only does drive to drive conversion, and I don’t have the space for that. I also don’t want to convert drives on the ODROID (Linux) because I’ll still be using that for mining and I don’t want to have it running double-duty. I’d much rather use my Windows laptop.

So, the winner here is JohnnyFFM’s Poc1to2Converter. Currently he has a v2.2, but it’s labeled as pre-release for testing, so I’ll be grabbing the 2.0 version that’s already been compiled. Find the latest release on GitHub.

As with most of this stuff, Windows doesn’t like it. 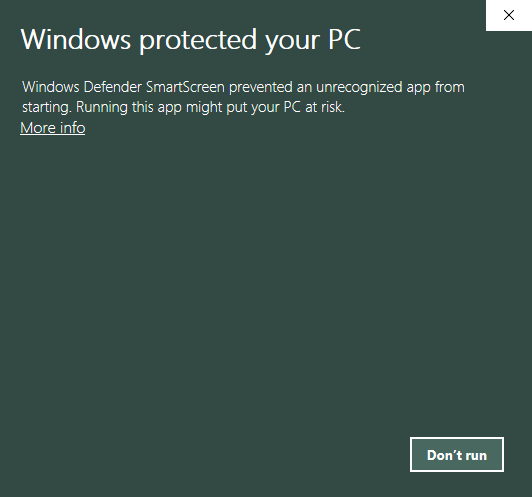 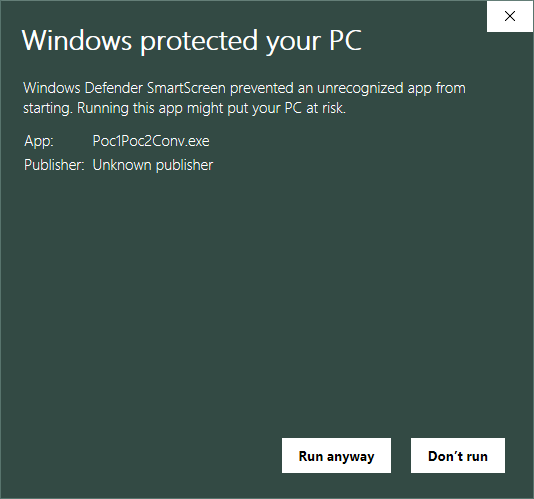 If you trust this JohnnyFFM character, click Run anyway

Running the program brings you to this interface. It looks pretty straightforward. Just add in a file (or directory) and watch it do it’s thing. 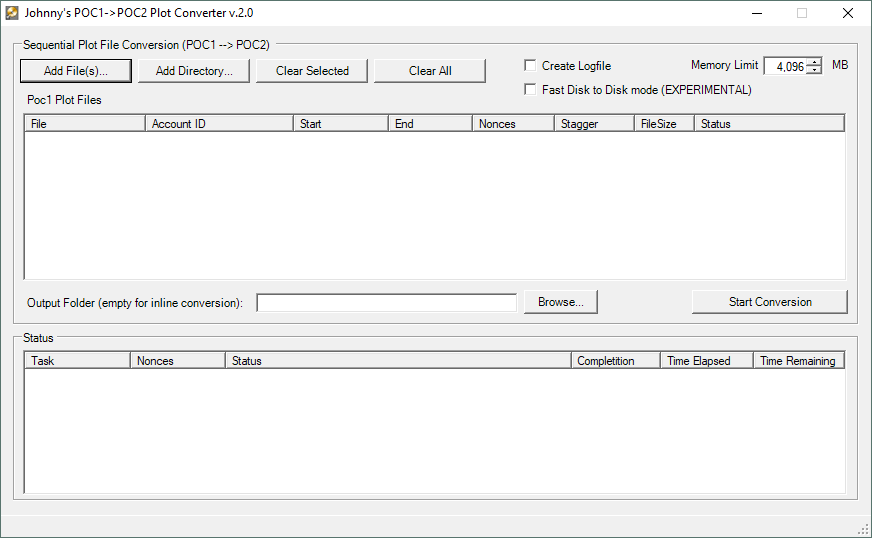 I’m going to try this on a single drive first to see the process in action. To do this, I’ll head over to my ODROID burstcoin mining rig, stop creepMiner from running and unmount my smallest drive for testing. It’s worth noting that right now, the drive reads in 3.9 seconds @ ~29MB/s. This is still PoC1 format and before the 502,000 block that will enable PoC2. The drive reads pretty slow, but it’s an old Western Digital USB 2 500GB My Book that I had lying around. I actually thought the thing was toast, but after finding a power cord and USB cable, I was able to format and plot it just fine!

Next I went back to my Windows machine, plugged in the hard drive to an available USB port and added the file to Johnny’s converter. It was plotted as a single file. 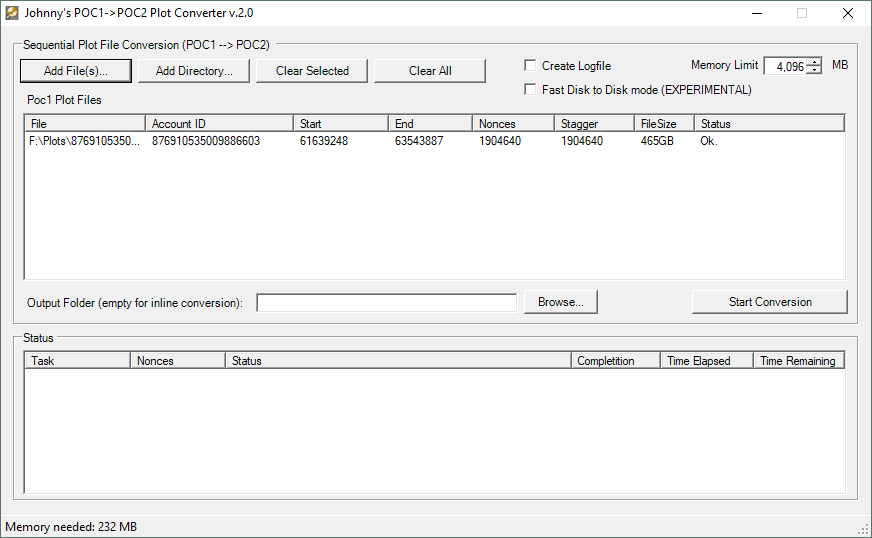 It looks like if you leave the Output Folder blank it will convert the file in place, which is exactly what I’m after. Clicking Start Conversion brings up a scary Inline Conversion Warning window, which confirms that the file will be converted in place. 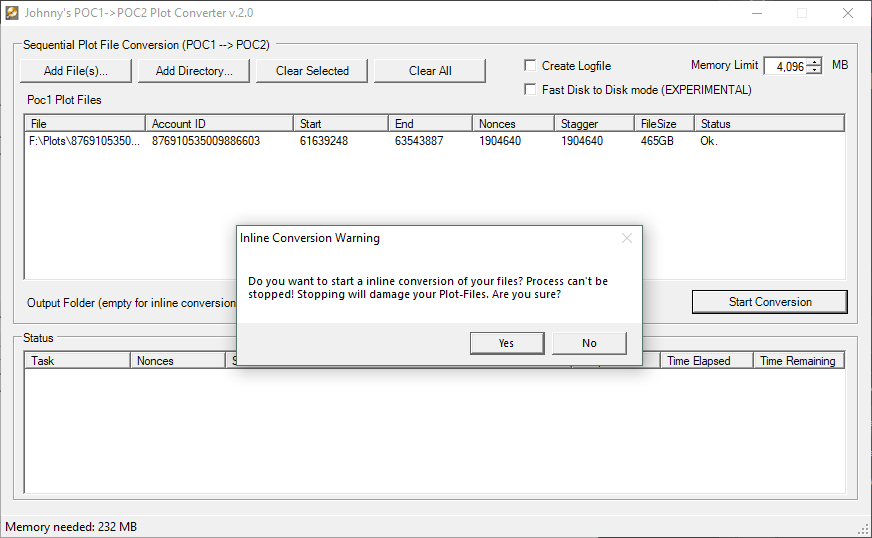 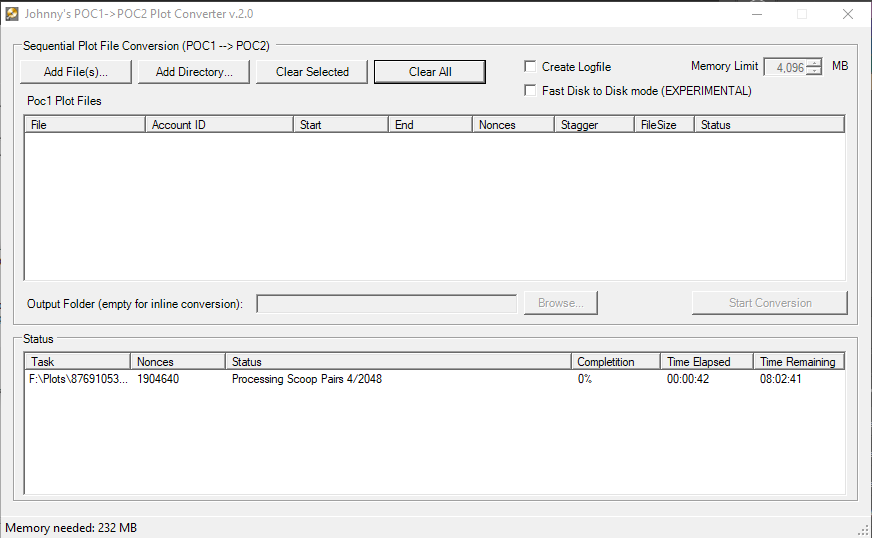 Off to the races!

Now.. here’s the rub. It’s about Starting at 9:25 PM and it tells me that it’ll take just a little over 8 hours to complete the conversion process. I have a screenshot here of the ORIGINAL plotting time, and it was just 3 hours, 53 minutes!!!! 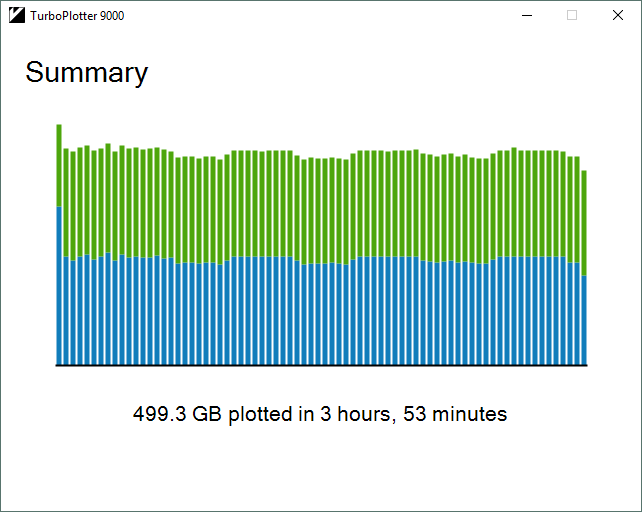 I’ll wait until tomorrow to pass judgement on this, but at this point it seems to me that it would be better to just re-plot vs. convert. I’m not exactly sure if that would require a reformat first though, so I’ll look into it a little more.

It’s my understanding that all the conversion is doing is copying hashes and re-writing them to different sections of the files, which should require very little memory and the only bottleneck should be the read/write. Plotting involves all of that PLUS the added hashing algorithms which are slow by design. How in the hell doesn’t converting blow the doors off straight plotting time?

See the results in the next article!

Update: JohnnyFFM claims to have converted 12 8TB SMR drives in parallel in about 36 hours. Important notes: