My headaches with the Seagate taking an insanely long time to plot led me to search around for something that could possibly speed the process up. Doing a little research on the forums led me to TurboPlotter 9000. You can find it over at https://blackpawn.com/tp/.

See Plotting My First Drive and The New Drive is Here for my previous experiences.

To start, I wanted to see how plotting 2TB would compare to the previous plot time with XPlotter on the Seagate. The previous time was 66.5 hours for just 2TB. That was grueling.

One of the main features to speed up plotting with Turbo Plotter 9000 is to first plot to a SSD drive, and then copy over to the final drive from there. This allows for fast plotting to SSD and better transfer to the external from the SSD drive instead of plotting directly to it. Unfortunately for me, my SSD on the laptop is only 120GB and is mostly used up from Windows 10 and various other programs. I have only 34GB left on that drive, and as it turns out the way Turbo Plotter 9000 works is to write one file while transferring the previously created file to the second drive. This means you can only plot 1/2 of your available space. So, plotting only 17GB files at a time.. would be annoying as hell.

Instead I tried plotting to my secondary internal drive, which is a 1TB SATA3 drive that’s mostly over 2/3 full with work files. This still allowed me to make 140GB plot files, which is far better than the SSD’s available space.

Notice however that while writing to the SATA3 drive, the USB3 transfer speed is plain awful. Once the overlap finishes, the “Move” operation spikes back up to a more respectable 95-100MB/s. 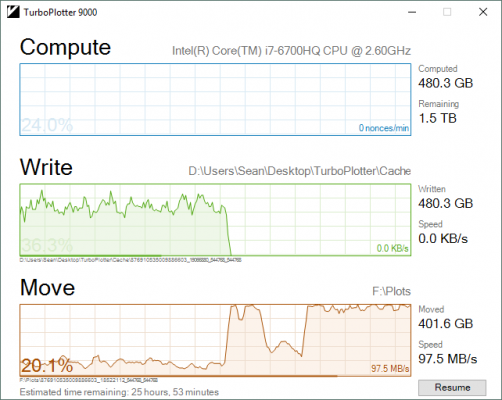 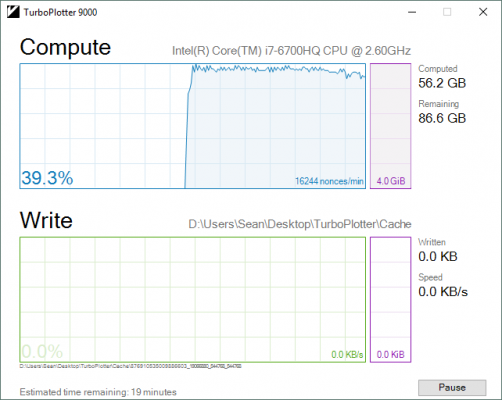 Continuing after a power outage

If you do need to continue however, the final file will reside in the same location, so if you were using a cache folder like I was, you’ll have to drag that over to your external drive (or wherever the final location is) and wait for that to transfer manually. 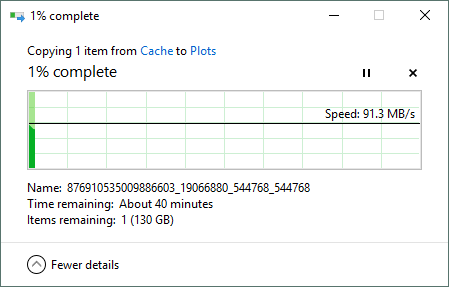 When I was finished the 2TB I plotted using this method it was 47 hours, 35 minutes later. Ouch. 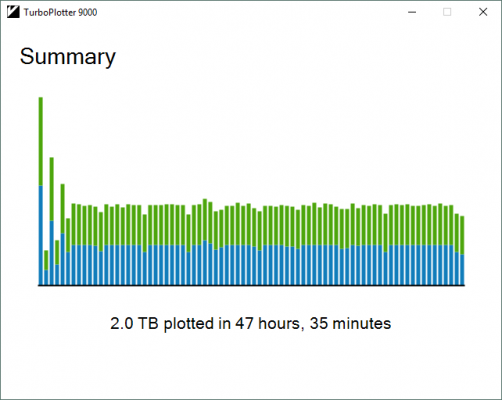 I still had 1TB left on the drive, so for the last test, I plotted directly to the Seagate to compare. This took roughly half the time of the method using my SATA3 as a cache, so it’s definitely NOT faster to use a SATA3 as a go-between.

It’s important to note that the intention of the software developer was not to use a SATA3 drive. The HD cache option is meant to be used with a large SSD drive. 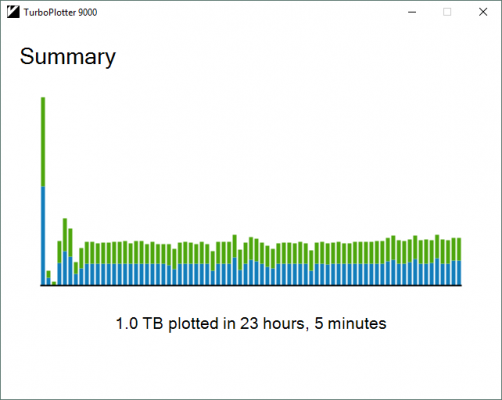 At this point, I’m all topped off on the Seagate! So glad! I’m buying Western Digitals from now on… You’ll see why in an upcoming article. Did this article help or amuse you? Post a comment below!