It’s been a while since I’ve started up my Burst Wallet, and today I was in for a surprise! Norton 360 Firewall blocks all attempts to communicate! Poor wallet. All it wanted to do was requestType=getBlock.

This is HIGHLY annoying since the Norton notification on Windows 10 pops up every 2 seconds as the wallet tries to keep updating. 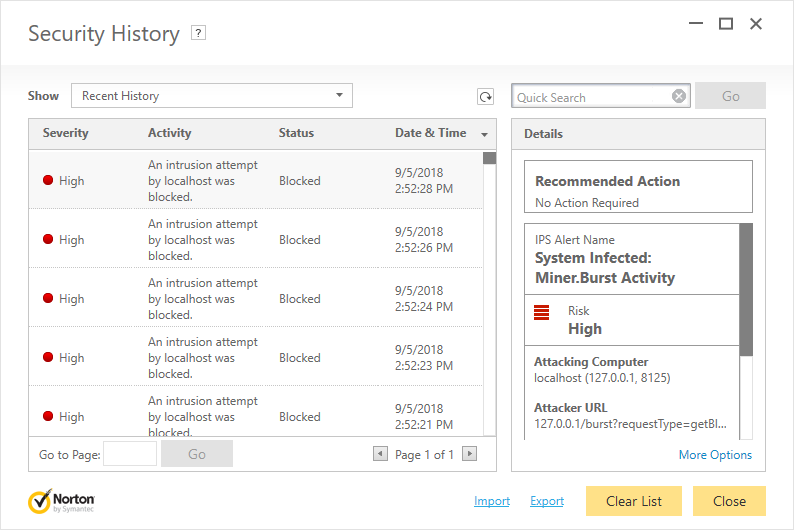 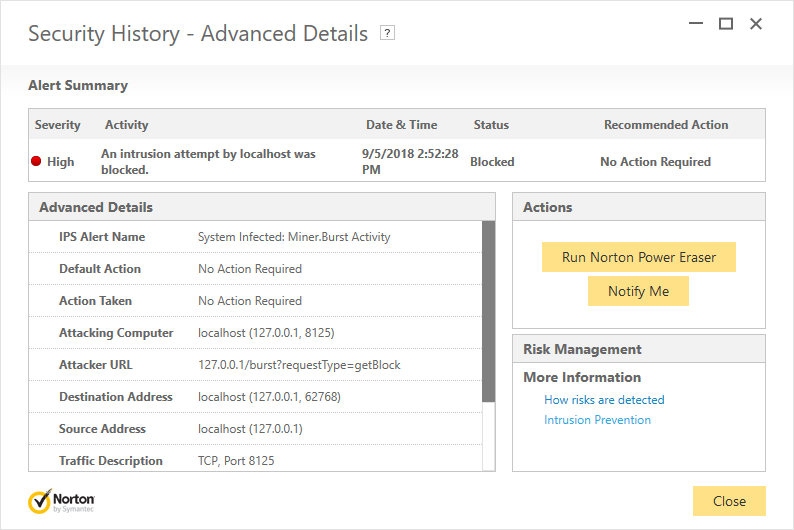 So what’s going on here? I’ve already added a rule for Norton to ignore BlagoMiner_AVX2 (which Norton will continually delete until you do this). It looks to me like Norton recently added a signature for “Miner.Burst”. Good job Burst for getting recognized!

Here’s how I removed this signature, as I actually DO want to “mine some Burst” without Norton 360 blocking every attempt to do so. 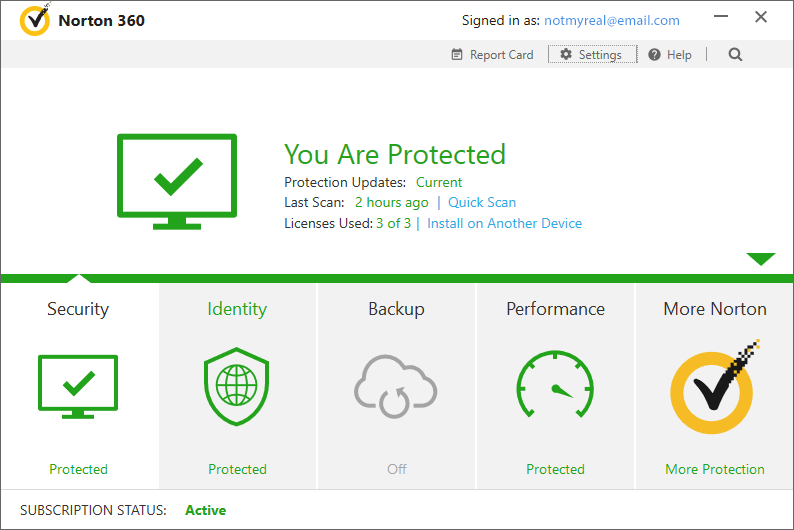 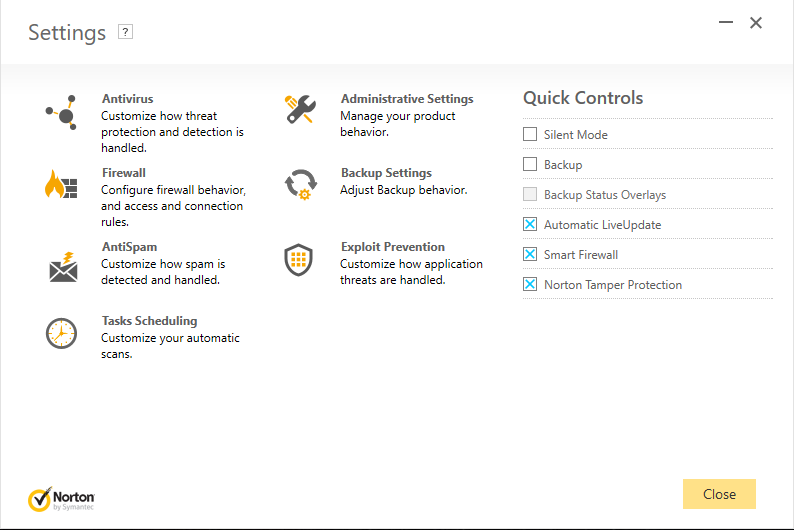 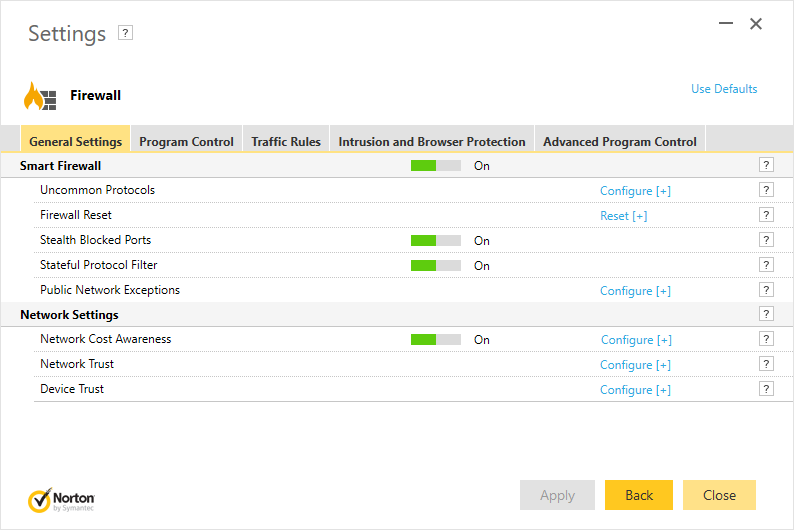 In the Firewall settings, click on Intrusion and Browser Protection 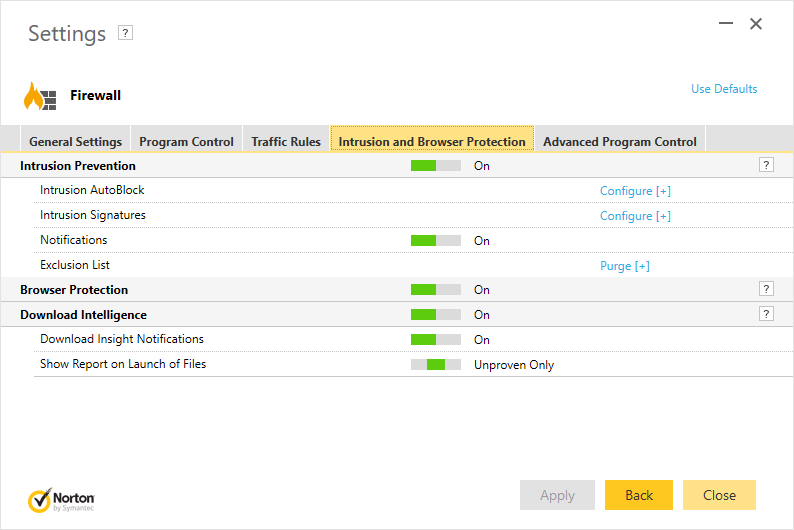 In the Intrusion and Browser Protection tab, select Configure [+] next to Intrusion Signatures 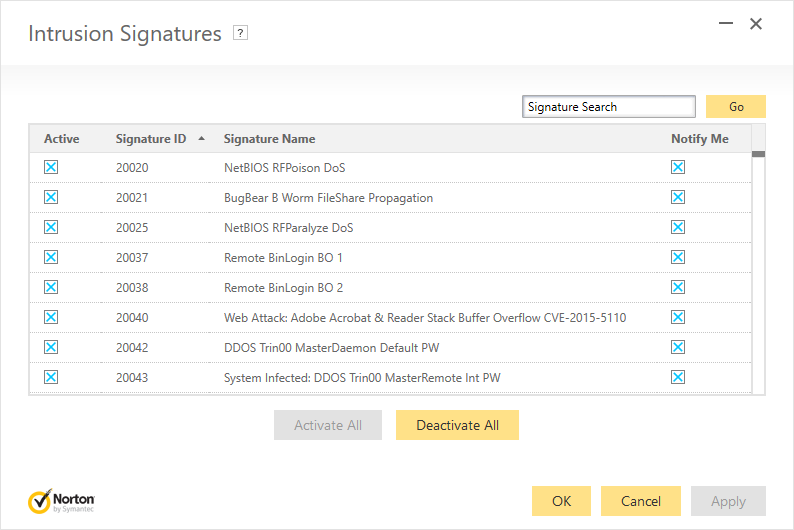 In the Intrusion Signatures section enter Miner.Burst in the Signature Search field 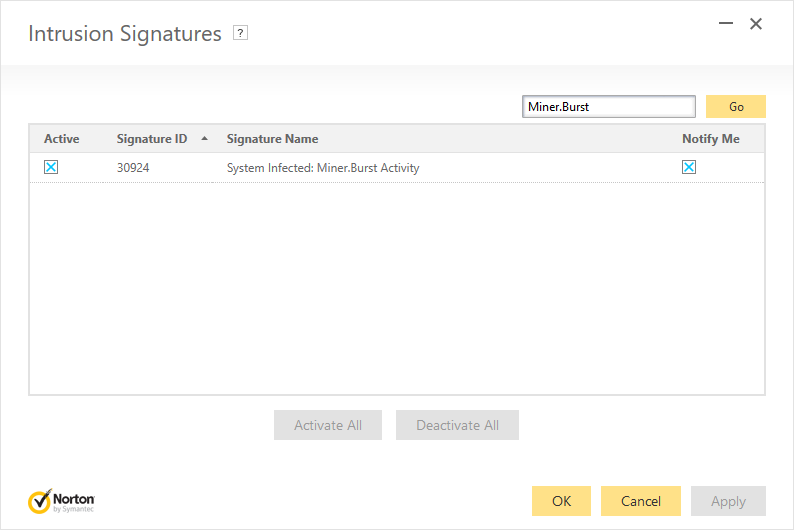 You should see System Infected: Miner.Burst Activity. Uncheck the box and click Apply. 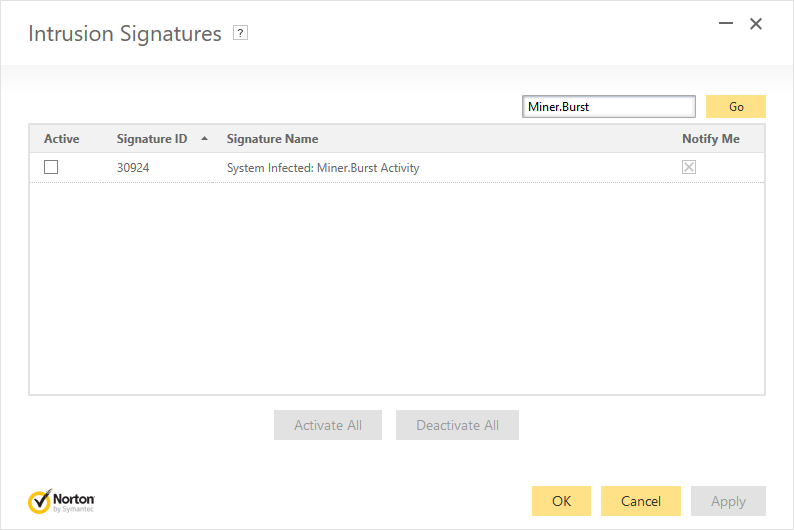 All finished! I’m now able to start up the Burst Wallet without triggering this High Severity alert in Norton 360.

For more information on this from Norton, see their Attack Signatures detail page: https://www.symantec.com/security_response/attacksignatures/detail.jsp?asid=30924