These results are from over a month ago at this point, but I thought it would be worth posting for anyone who is still converting (hopefully nobody) and those who read this blog (definitely nobody.)

The Seagate conversion went MUCH better than expected and I absolutely recommend converting the SMR drives vs. re-plotting. The final result using Johnny’s converter was a little under 34 hours, which compared with the 190 hours to initially plot is crazy good. 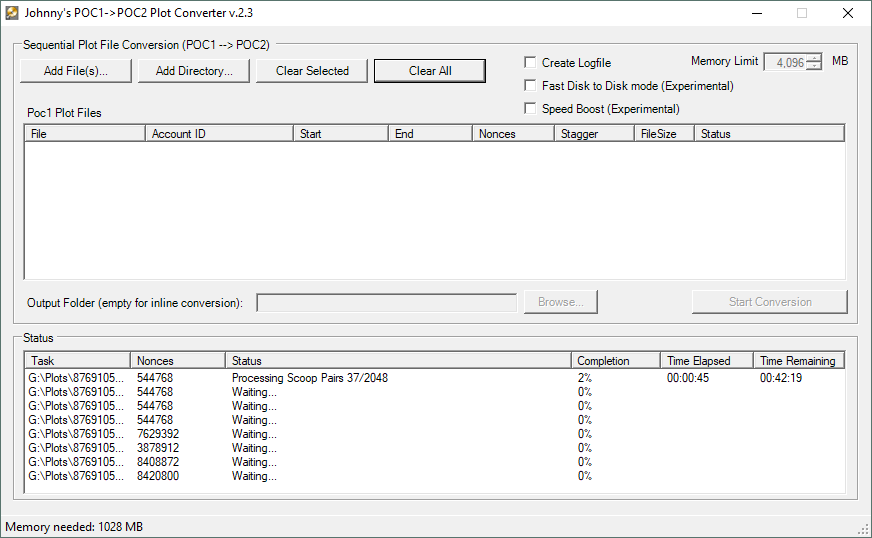 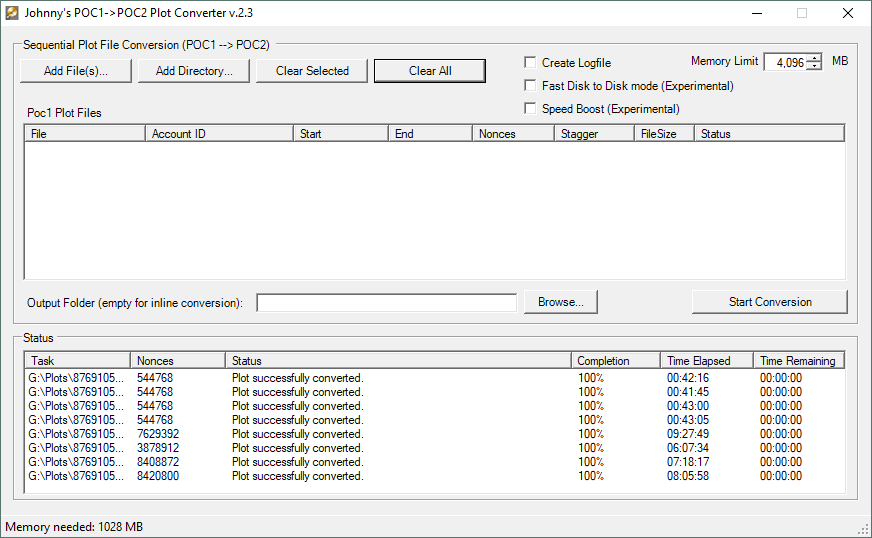 Surprisingly, the Seagate was actually pretty close to the conversion time of the Western Digital as well. I have two of these and the first took just under 30 hours to convert. 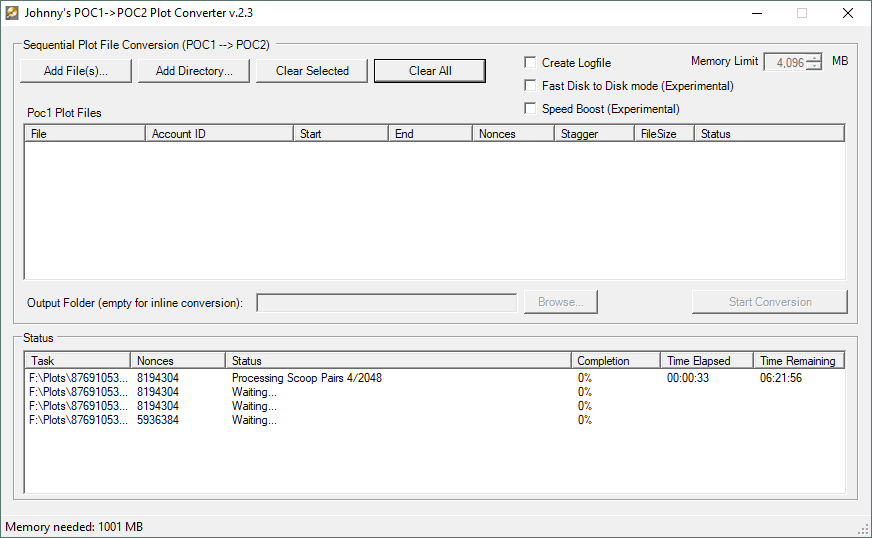 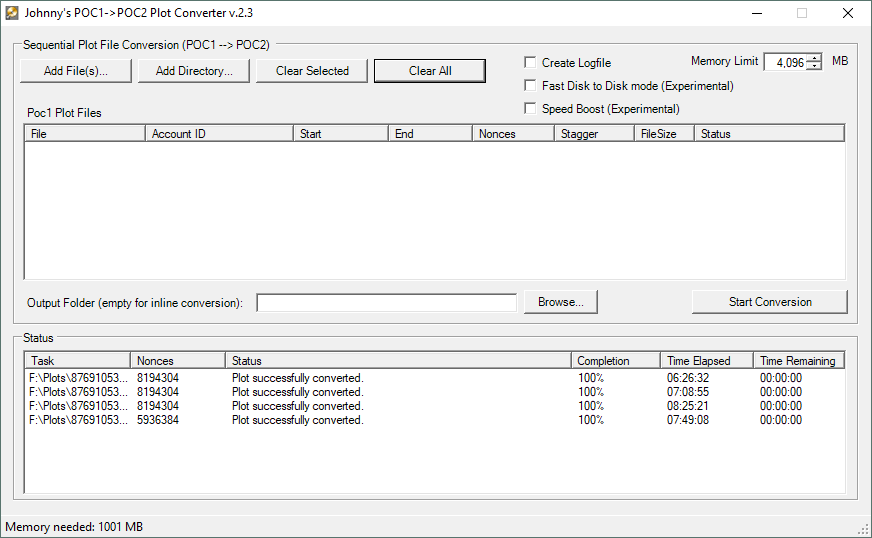 Just for fun, I decided to use the BOOOOOOST option for the second Western Digital drive so that I could compare performance. 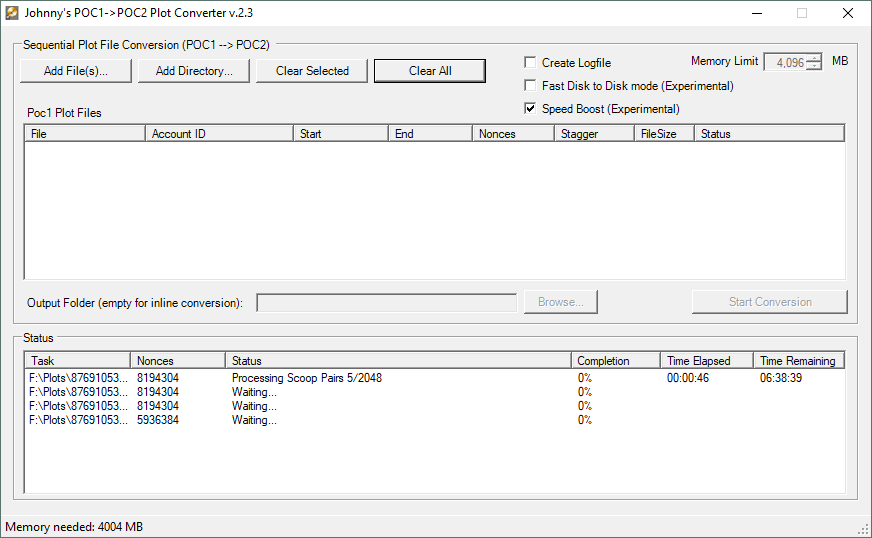 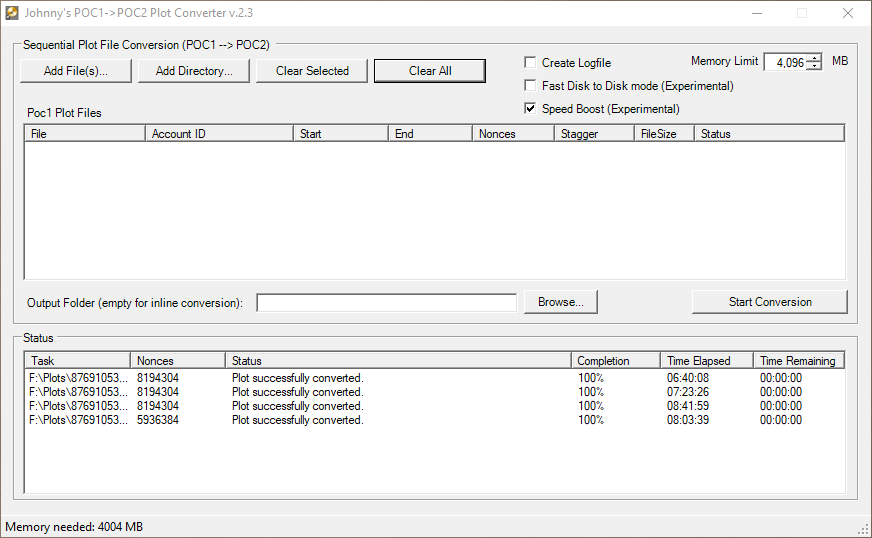 As you can see from the screenshots, Boost was actually slower! Only by an hour, but still slower! Note the responses from Johnny on the Reddit forum page. Boost only really works well on the SMR drives, as that’s what it was developed for. He also explains that it can be MUCH faster to convert if you’re doing multiple drives, one instance of the converter for each. He was able to convert 12 SMR drives in parallel in around 36 hours, which is amazing compared to re-plotting.