Before converting my entire mining capacity, I wanted to do a few tests to see what might make the most sense. Would it be better to convert one drive at a time? Would it make more sense to convert all at once? Is converting faster than re-plotting?

To get some results without taking hours or ruining perfectly good plot files, I started creating some 5GB plots with TurboPlotter 9000.

From my previous 500GB conversion, I know that the conversion time has the potential to be longer than actually re-plotting from scratch, but I don’t know at this point how it’ll perform if I use multiple instances of the converter to convert in parallel. Because of the low resource usage, this might actually work out the best and still do it in a decent time. For example, if 500GB takes 7 hours to convert, but 4 hours to plot, does it make sense that two 500GB files would still take 7 hours in parallel vs. 8 hours to plot sequentially?

I originally added all of the files to the same instance of the PoC1 to PoC2 converter, but this only runs sequentially, so that’s not what I’m after. Instead, I opened multiple instances of the program and added one file to each.

Below are the results.

You can see by these experiments that adding additional burst plot files to the mix doesn’t scale linearly, which I had assumed it would. Note, I didn’t do a 2 plot version, but I’m really only interested in converting my 3 hard drives at once anyway. The 4 plot test was just an extra that holds with the increased time it takes doing simultaneous conversions.

Update: See JohnnyFFM’s comments on this Reddit thread. Because I did conversions on the same drive (my internal drive), I shouldn’t really expect to see any gains. A real benchmark would be to plot to individual drives and then run the tool in parallel. If only I had more drives!!

Plotting time does scale linearly however (at least at these smaller sizes), so it looks like it might be overall faster to simply re-plot vs. convert the PoC1 plots to the new PoC2 format. 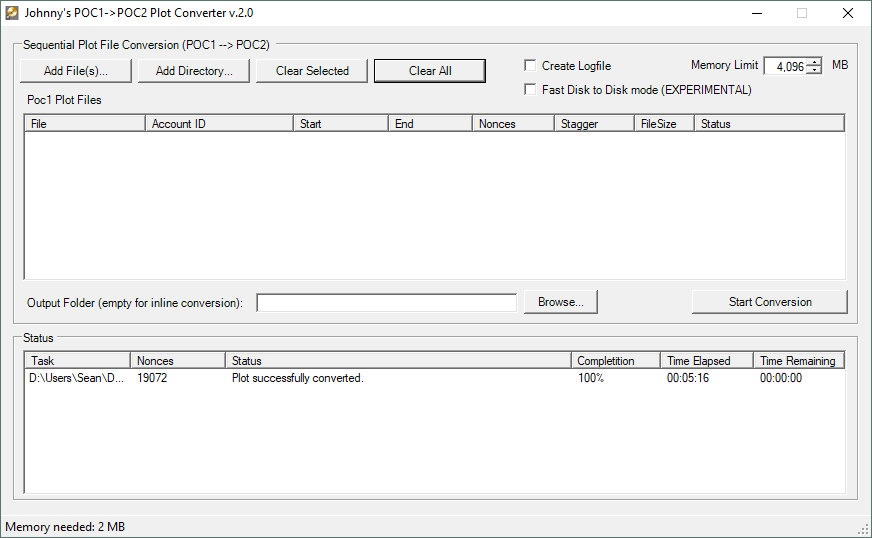 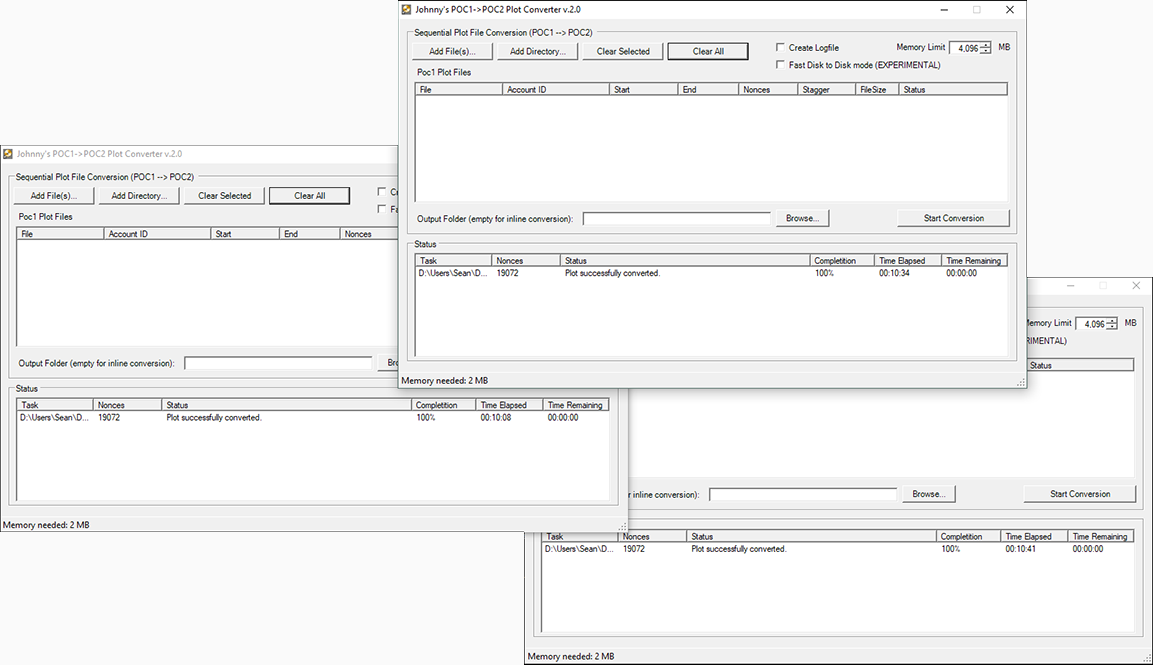 Converting three Burst plots at once 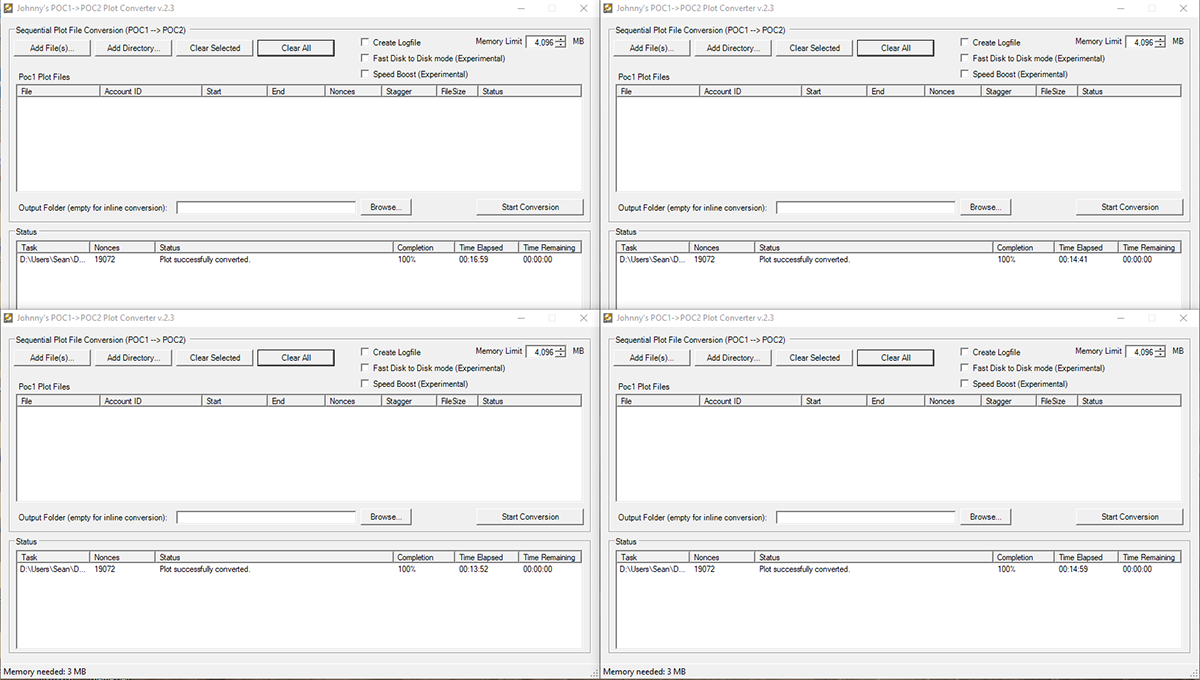 Converting four burst plots at once

Johnny’s PoC1 to PoC2 converter doesn’t allow me to set higher than 4,096 MB of memory. It states that it’s only using 2-3MB for each of my test files anyway, so maybe it’s not a big issue.

My next test will include converting the Seagate 8TB USB3 drive. This is an SMR drive that took around 190 hours to plot in the first place, so anything has to be better than that, right? It’s started at this point, but I don’t have a final number. Judging by the file sizes involved and the estimates, it looks to be about 34-35 hours, which is completely acceptable! If it does turn out to be around that number, I’ll probably convert the Western Digital drives one at a time as well, since those took around 30 hours to initially plot, and a 3-4 hour difference isn’t enough to deter me from getting real numbers on the conversion of those.

What I won’t do (based on my small-scale tests) is convert more than one drive at a time. If you think about it, it make sense to keep as much capacity online as possible right now anyway while other people have theirs offline. The odds of successful mining are now a little more in your favor, albeit not hugely unless you’re already solo mining with a large capacity setup.

Update: JohnnyFFM claims to have converted 12 8TB SMR drives in parallel in about 36 hours.. which is pretty f’n sweet if you ask me. For comparison, my single 8TB SMR drive took me around 34 hours. It sounds like multiple drive conversion may be the way to go if you’re okay with taking your whole capacity offline for a while.

Did this article help you out? Consider sending some burst to BURST-ZSED-HK7J-DCW2-2BVCS.